The West of Scotland Cup tie away to Rutherglen Glencairn will now take place this Saturday, 29th December, at the Clyde Gateway Stadium ko 13:45. This replaces the scheduled league match away to Cambuslang.

Today’s game with Rutherglen Glencairn had been called off due to a waterlogged pitch.

Today’s game against Vale of Leven has been called off.

Kingshill Park is still frozen, see photo below, and it looks certain that the game against Vale of Leven tomorrow will be postponed. Official confirmation of the postponement will be given once received. 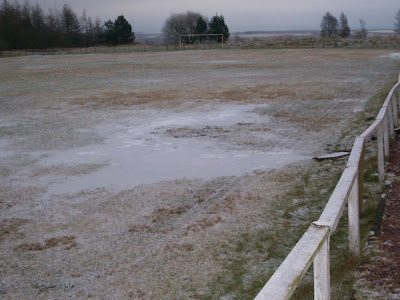