A thoroughly deserved victory for the Wanderers at Castle Park yesterday although the 2-1 margin didn’t reflect the overall superiority of the Forth.

A goal in each half from Kenny Wright ensured the points went back to Kingshill and despite the Vics pulling a goal back, Forth were under more threat from the fog causing an abandonment. 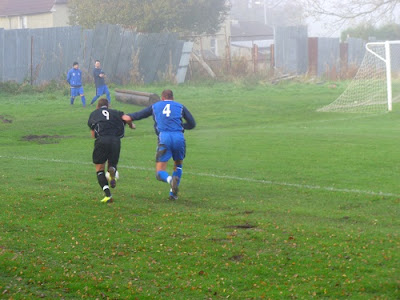 Forth opened brightly and could’ve been ahead in the first minute when a fine move ended with the Vics keeper blocking a shot from Bryan Felvus with his legs. The Wanderers continued to dominate and it was no surprise when they took the lead. Kenny Wright seized upon a mistake from a Vics defender and fairly leathered the ball past the helpless keeper. The same player went close with a chip shot and also hit the woodwork minutes from the break. Gordon Murphy, playing in a more advanced role than of late, was also causing the Vics defence problems as was Bryan Felvus. Blantyre didn’t show much in the first half mainly due to an excellent team performance from the Wanderers, who closed them down quickly and denied them space. 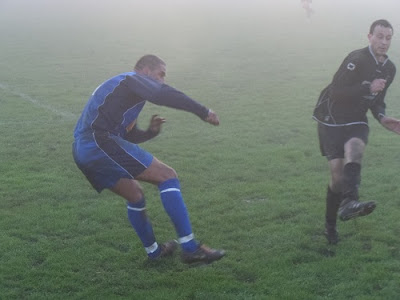 The second half began with Forth again on the front foot and they were handed a further advantage when the Vics were reduced to 10 men on the hour mark. However, just after this, the Vics created an opening which was screwed wide by their number 11. Forth then went two up through a Kenny Wright penalty and the same player had the opportunity to bag another hat-trick when Forth were awarded another penalty. However, this time his weak kick was saved by the Vics keeper.

By this point the fog was beginning to engulf parts of the ground, raising unfounded fears of an abandonment and during this time the Vics pulled a goal back although how and by whom I’ve no idea as it was lost in the fog. Forth had further chances notably from Craig Crawford who had an excellent free kick well saved by the home keeper. The same player had earlier had three attempts to beat the Vics keeper who did well to block the first two but his third effort appeared to be heading in before Kenny Wright took a touch in an offside position. Mr Wright was insistent it was going wide but I’m not so sure. 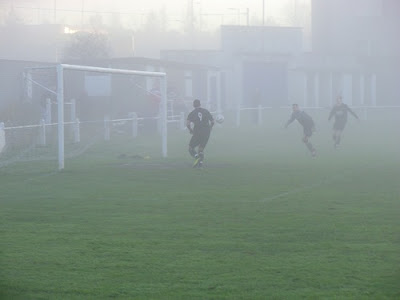 Overall, another great three points for the Forth on their travels although their play merited a bigger winning margin. A great team effort in which everyone played their part and sets us up nicely for a vital game away to league leaders Carluke next Saturday.