Forth manager Jamie McKenzie named an unchanged side for this vital derby match knowing three points were vital to peg back Carluke and keep the Wanderers title aspirations on track. A decent crowd had gathered in the winter sun to witness proceedings, including a healthy contingent from Forth. 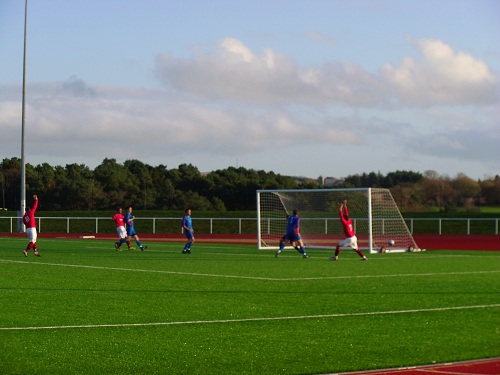 Forth started brightly with Bryan Felvus prominent and after having a header saved and a free-kick blocked, he opened the scoring on 10 minutes with a deflected shot. In reply, Carluke won a free kick in a good position but the shot was dragged wide. The Rovers tactic seemed to be long balls over the defence but these were dealt with expertly by Forth keeper Clark, who was almost playing as a sweeper at times.

Forth then their first penalty shout when a Gordon Murphy cross was met by the head of Barry Canning and his header seemed to strike a Carluke hand but the referee waved away the appeals. Bryan Felvus then had an excellent opportunity to double the lead but he flashed his header narrowly wide. Carluke pressed when they could without creating any clear cut chances although Chic Clark had to be alert to thwart an excellent run from their number 11. 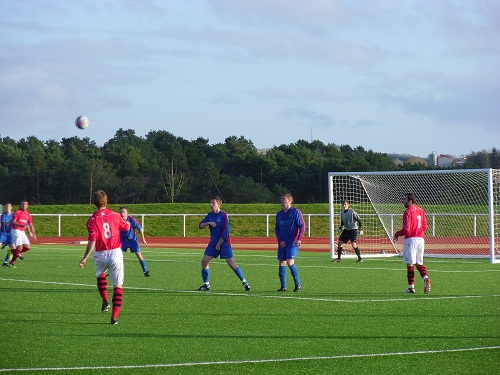 If the first penalty shout was a tad soft, the second should have been a stonewaller. Bryan Felvus rose to meet a Chris McGroarty cross and was blatantly pushed in the process but again the whistler was having none of it.

McGroarty then had a shot saved before Carluke had an effort deflected narrowly wide with keeper Clark wrong-footed. Kenny Wright then hit the side netting before Bryan Felvus was substituted on the cusp of half-time after failing to shake off an earlier knock, Kris Jarvie replacing him. 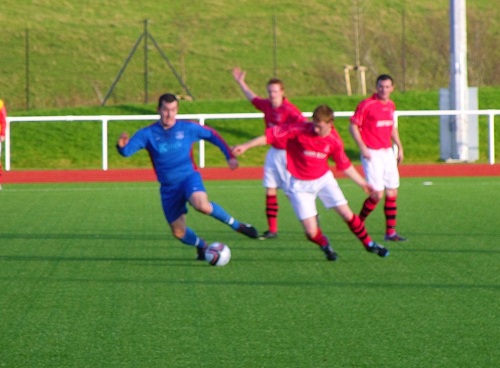 The second half continued in the same vein as the first with some feisty tackles and scrappy play, particularly from the Carluke number 8, who wasn’t afraid to dish it out but not so happy to be on the receiving end.

Alan Stevenson had a shot deflected over and Kris Jarvie had a close range effort turned away by the Rovers keeper while at the other end Clark was saving whatever Carluke could throw at him.

Alan Stevenson picked up a second yellow card on 75 minutes leading to a nervy finish for all those of a Forth persuasion. Carluke hit the top of the bar with a lob and despite some late pressure the Forth defence was resolute, a Chris Newall block was particularly timely, and held out for a deserved victory. 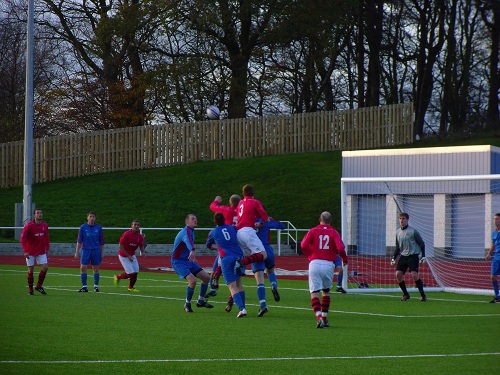 Overall, a great victory over a Carluke team which had previously won ten on the spin, putting the Wanderers six points behind with a game in hand. Onwards to Gasworks Park on Saturday to play the Albert.