Forth slumped to a second succesive league defeat today at Kingshill Park, losing 1-0 to Maryhill through an early penalty. Once again though, Forth were the better team and it’s surely only a matter of time until we’re getting the results our play merits.

The game was only 3 minutes old when Maryhill scored from the penalty spot through Russell. Forth were architects of their own downfall however as an attempted passback to the keeper went out for a corner and from the corner Craig Crawford was adjudged to have handled. Russell made no mistake from the spot.

The game became rather ragged and chances were at a premium for both sides, although Maryhill struck the outside of a post and Craig Crawford shot straight at the ‘Hill keeper when through one on one. Forth also had a decent shout for a penalty for handball, but where it was given at the other end, this time the referee waved away the strong Forth appeals. On such decisions games are won and lost and so it was to prove. 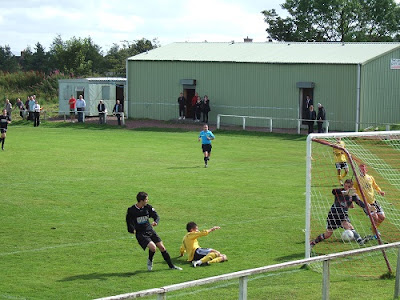 Forth keeper Chic Clark made a couple of good saves early in the second half before Forth took control of the game and created several chances. Kris Jarvie had a shot well saved and then headed just over before Brian McGinlay connected with a Gemmell cross at the back post only for ‘Hill keeper Cannon to make a fantastic block on the line with his foot. A McGroarty free kick was then misjudged by the keeper and rebounded from the post with no-one on hand to follow up and score. Gordon Murphy then went on one of his mazy runs but finished by shooting weakly at the keeper. Tempers were becoming frayed and a spate of bookings followed culminating in Craig Crawford and Maryhill’s Temporal being sent off deep into injury time.

Maryhill should have tied up the match when one of their substitutes was clean through but inexplicably he chose to shoot from 30 yards or so rather than advance on the keeper. Despite all the Forth pressure Maryhill held on and were obviously delighted to hear the final whistle.

The referee never seemed totally in control of a feisty match and his performance was summed up by him refusing to allow Forth to bring on substitute Mark McKay as he wasn’t apparently on the team sheet. He relented when shown said team sheet and apparently the error was of his own making. 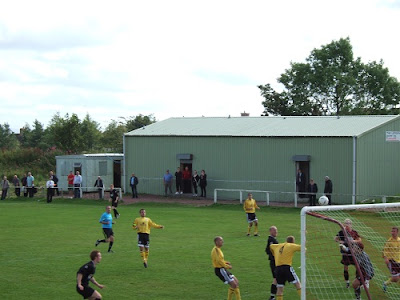 Reflecting on our league performances to date, it’s hard to believe we’re sitting pointless after the two games but I’m confident better days are just around the corner.