The Wanderers were comprehensively beaten 3-0 by St. Roch’s at Kingshill Park this afternoon. Forth can have no complaints as the visitors were the hungrier side throughout the match. 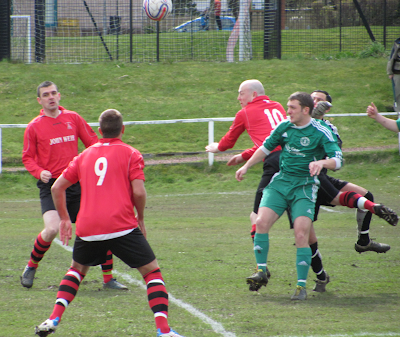 Forth had an early shout for a penalty on 5 minutes when Marc Napier released Kenny Wright down the right wing and as his cross came into the box Kris Jarvie appeared to be impeded, but the referee waved away the claims. The Roch’s were next to show on 8 minutes when their number 8 saw a shot blocked and could only knock the rebound wide. Gordon Murphy then tried his luck from distance after a Chris McGroarty corner broke out to him but his shot flew over the bar. The Roch’s number 10 then headed straight into Chic Clark’s arms after an excellent cross from the right found him unmarked at the back post.
The Wanderers then called visiting keeper Daghil into action after a neat one two between Kris Jarvie and Martin Harty ended with the latter firing in a 25 yard shot which was comfortably dealt with. 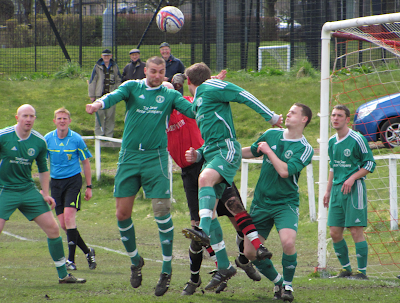 St. Roch’s were beginning to take control of the game and it came as no surprise when they took the lead on 14 minutes when a through ball found Ross Mackie clear in the box. The big striker took a touch before neatly dispatching the ball into the bottom right hand corner of the net. Forth were required to make achange on 35 minutes when a crude challenge on Alan Stevenson forced him off injured, being replaced by Tony Traynor.

The visitors had several chances to add to their lead with both Mackie and the number 8 shooting wide, while Chic Clark pulled off a great stop just on the half time whistle. Forth had another penalty shout when a Kenny Wright shot appeared to strike a hand but overall were fortunate to be only one goal down at the interval. 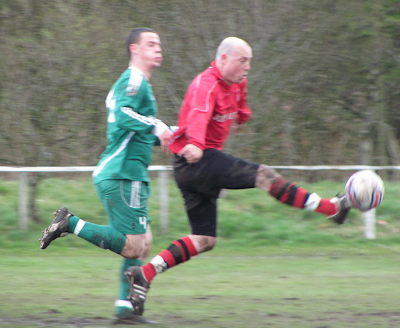 Forth began the second half purposefully and had an early shot blocked for a corner but it was the visitors who once again began to dominate. Mackie glanced a header wide and substitute 12, slipped as he shaped to shoot and fired over from a good position. The Roch’s made their dominance count when they increased their lead midway through the half. Mackie intercepted a Gordon Murphy passback and gave keeper Clark no chance with a neat finish. The Wanderers had a good spell of pressure at this point as manager Jamie McKenzie pitched his final two substitutes into the fray in an attempt to get back into the game. However, some resolute defending by the visitors limited chances to shots from distance and all were comfortably dealt with.

As Forth pressed, this gave more space to the Roch’s and their substitute 14 forced Clark into a fine save before the same player was denied by a fantastic double save from Clark although as the ball broke Craig Crawford was adjudged to have fouled a Roch’s attacker and a penalty awarded. The Roch’s number 8 made no mistake from the spot. 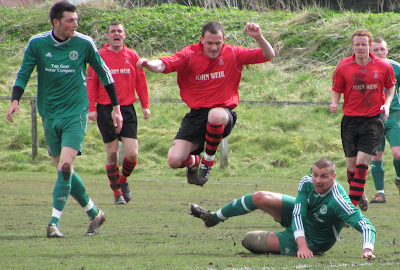 The home side had one further chance when a short corner was returned to McGroarty from Traynor and the midfielder’s shot was heading into the top corner until the head of a Roch’s defender diverted it for a corner.

A disappointing day at the office for the Wanderers although credit to St.Roch’s who, in my opinion, produced the finest performance I’ve seen against the Forth this season. Two games to go and six points required. Hopefully, this will be enough to secure promotion.