Forth and Lesmahagow shared the spoils at Kingshill Park this afternoon, a Paul Gemmell header being cancelled out by a Sullivan goal for the ‘Gow on the stroke of half-time. The visitors will feel aggrieved not to have won the match, spurning a host of chances and facing a home keeper, Chic Clark,  in inspired form. 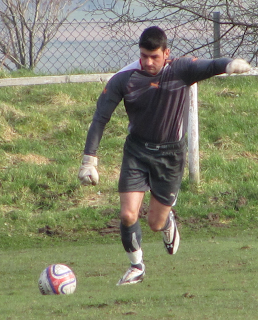 Lesmahagow signalled their attacking intent in the first minute when a long ball almost caught out the Forth defence and only an excellent Marc Napier tackle moments later broke up another ‘Gow attack, after good interplay between the visiting forwards. The Wanderers first chance came from a corner awarded after good work from Kris Jarvie. Chris McGroarty floated the ball in and Paul Gemmell flashed a header wide, with the ‘Gow defence nowhere to be seen. At this stage, the ‘Gow’s  use of the early long ball was causing the Forth defence problems but a mixture of resilient defending and the form of keeper Chic Clark was keeping them at bay. 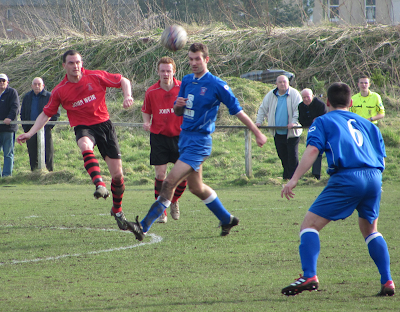 The ‘Gow keeper was called into action when a Chris McGroarty ball sent Gordon Murphy through but he was equal to the shot.  The visitors number 10 was then caught narrowly offside when racing through on goal before play raced down to the other end where Lewis McKinlay fired an overhead kick wide after a free kick had been blocked. Forth then earned another corner after a Murphy cross was cleared and from McGroarty’s corner, PAUL GEMMELL leapt like a salmon to bullet a header past the despairing keeper and into the net. Forth were having their best spell of the match now and only an excellent last ditch tackle stopped Kris Jarvie sending Martin Harty through on goal. Jarvie then appeared to be barged over in the box but the referee waved aside the Wanderers claims.

Lesmahagow continued to be a potent attacking force and created several chances in the final 15 minutes of the half  but home keeper Clark was in outstanding form and kept them out on several occcasions.  Just when it looked as though Forth would take their slender advantage in at the break, the ‘Gow launched one last attack down the right, deep in injury time and when the cross was delivered to the back post , Sullivan was there to head home . With no time to restart, 1-1 it was at the break. 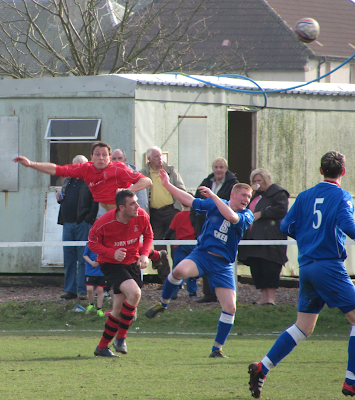 The ‘Gow started the second half as they finished the first, with firstly their number 8 shooting wide and then their number 9 shooting over when it seemed easier to score. Forth replied with a Gordon Murphy volley which the visiting keeper did well to touch over, although no corner was given and Martin Harty was booked for his protestations. A minute or so later the same player was sent off, after what seemed like an innocuous challenge and Forth were down to 10 men with around half an hour still to play. However, if  anything, the sending off seemed to galvanise the home players and a superb Marc Napier run and shot was well saved by the ‘Gow keeper before Gordon Murphy turned the rebound into the side net. A Kenny Wright cross was then well cut out by the keeper as Chris McGroarty waited to pounce. Home keeper Clark made another couple of saves before the end to ensure the honours ended even. 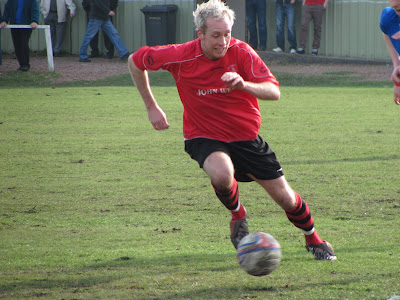 Overall, it has to be seen as a point gained rather than two dropped. Had the ‘Gow taken their chances and keeper Clark not put in an outstanding display, the scoreline could have been so much different.
The Central League cup match with Shotts is next, followed by a home league match against league newcomers Rossvale the week after.
‘Mon the Forth.