Dreadful result for the Wanderers against a limited Newmains side. To make matters worse we had another two players sent off, although the referee made some baffling decisions throughout the game. The Forth goal was scored by Kris Jarvie from the penalty spot. The Newmains goals came as a result of a goalkeeping blunder and a penalty in the dying minutes. 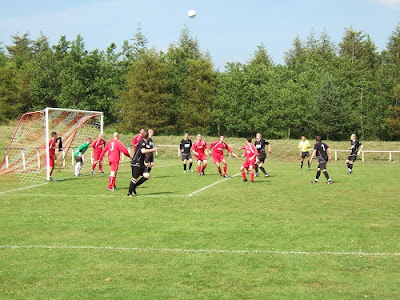 More to follow once I’ve had a pint and cheered up. Possibly.