Despite Forth leading at half-time through a Chris McGroarty penalty, two second half Wishaw goals saw the visitors record a 2-1 victory over the Wanderers at Kingshill Park yesterday. 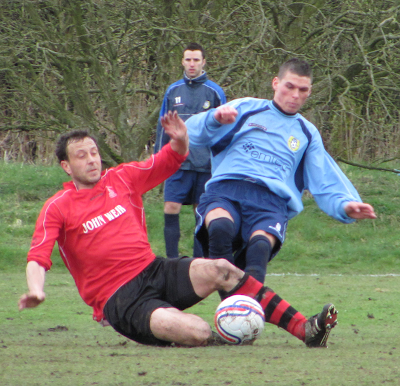 Forth keeper Chic Clark dealt well with an early cross come shot from Wishaw number 11 Clarke before Forth won the first of over a dozen first half corners, from which Lewis McKinlay headed wide. Good play from Gordon Murphy then found Kenny Wright on the right wing and his perfectly flighted cross was met by the head of Craig Crawford. Unfortunately for Forth, although the header flew past the keeper, a defender was on the line to clear . Crawford then found Wright on 13 minutes and his powerful shot was turned over by impressive visiting keeper Harkness. The Wanderers were winning corner after corner at this stage but just couldn’t make the breakthrough. A short McGroarty free-kick to Murphy looked to have created an opening but the shot was blocked by a quick thinking defender. 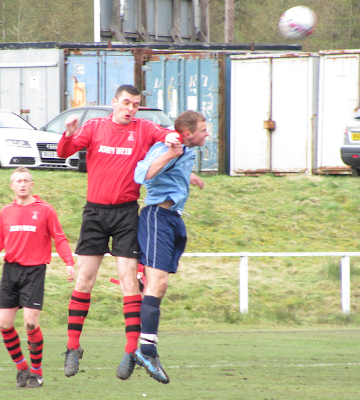 Although Forth had enjoyed the lion’s share of the play up to this point, Wishaw still posed a threat on the break and this was exemplified around the half hour mark, when they created a couple of good chances. Firstly keeper Clark did well to save a powerful shot before several good blocks from the Forth defence kept the subsequent efforts from troubling the keeper. Clark then had to turn away a Moore shot at full stretch, the Wishaw number 10 proving a thorn in the side of the Forth defenders whenever he was on the ball. 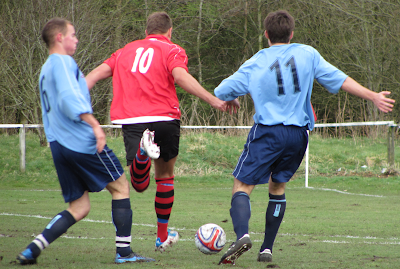 The Wanderers then came agonisingly close to opening the scoring when another McGroarty corner found Martin Harty at the back post who headed back across goal for Kenny Wright to head against the bar. Harkness then did well to turn a vicious Harty strike away for a corner as Forth attempted to make the breakthrough prior to the interval. On 43 minutes the Wanderers had a penalty shout for handball turned down by the whistler although barely one minute later a penalty was awarded. Whether for handball or a push in the box wasn’t clear but it made no difference to CHRIS MCGROARTY who calmly sent Harkness the wrong way to give the Wanderers a 1-0 advantage at the break. 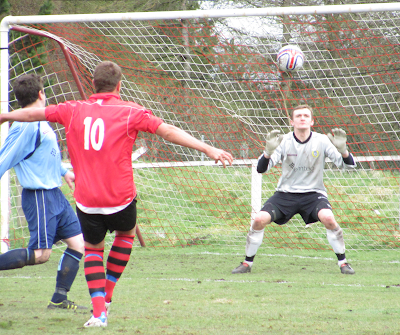 Early in the second half, an industrial tackle on Chris McGroarty resulted a booking for the offending Wishaw player. This seems to be becoming a regular occurence and I’m struggling to remember a match when an opposing player wasn’t booked for fouling Chris. It’s to his eternal credit that he gets up, brushes himself down and gets on with it without getting involved. The same player then appeared to be tripped in the Wishaw box but again the Forth appeals were waved away. 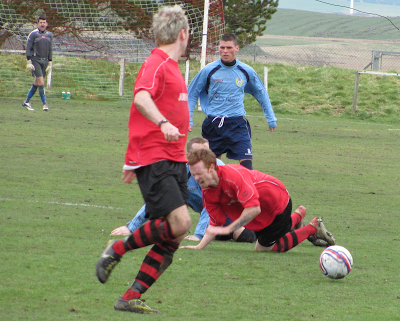 Wishaw were now much more prominent as an attacking force and a great tackle from Marc Napier took the ball from the feet of Moore as he shaped to shoot. The visitors then had half-hearted appeals for a penalty turned down before another good block from Napier prevented McStay breaking through. Gordon Murphy then had a good run down the left but his cross was well cut out by Harkness before another Forth chance saw Murphy shoot wide. Forth keeper Clark then clawed away a free kick on 65 minutes before the Wanderers created an excellent opportunity to double their advantage. Substitute Kris Jarvie received the ball in the box with his back to goal, expertly turned his defender, rounded the keeper and hit the outside of the post from a wide angle. Had he elected to square the ball however, an unmarked Kenny Wright would’ve had the simplest of tap-ins. 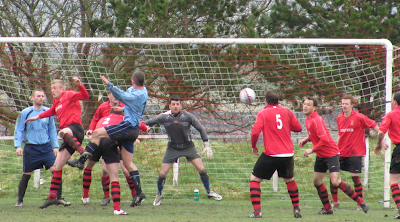 Forth were made to rue this missed opportunity on 73 minutes when Wishaw were awarded a penalty after David Grant was adjudged to have fouled Moore in the box. Before the penalty could be taken however, Wishaw number 4 Hamilton was sent off after an off the ball incident involving Lewis McKinlay. Undaunted by the delay, Moore stepped up to take the spot kick and although Clark saved his initial effort, he was quickest to react and netted the rebound to level the scores.

Worse was to follow for Forth on 79 minutes when a hopeful punt from Wishaw keeper Harkness evaded the Forth defence and allowed substitute Connaghan the time and space to coolly lob Clark and put the visitors 2-1 up. Forth pressed for an equaliser and Bryan Felvus came close with a header from a Gordon Murphy cross but it wasn’t to be and Wishaw held on for the win.

A vital game now looms on Wednesday, away to Lesmahagow, where a victory is essential to keep us on track for promotion.