Forth set up an away tie at St. Rochs in the third round of the West of Scotland Cup after a richly deserved 2-0 victory over Ayrshire side Maybole at Kingshill Park this afternoon. A superb Bryan Felvus free-kick on 33 minutes opened the scoring and a sweet Gordon Murphy volley early in the second half confirmed the victory. The Wanderers could even afford the luxury of a second half penalty miss by Kenny Wright. 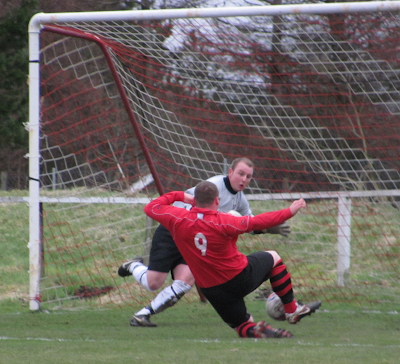 Both sides began cagily sizing each other up, but it was the visitors who had the first opportunity when their number 8 shot just wide from the edge of the box after 5 minutes. Forth responded when a slide-rule pass from Chris McGroarty sent Kenny Wright clear but the striker was marginally offside.A Gordon Murphy header then sent Wright scampering down the left wing and his precision cross was met by Bryan Felvus six yards out but the keeper was equal to his shot and turned the ball away for a corner. Maybole responded with a dangerous run from James Gibson, who was prominent at this stage, but excellent defending from Marc Napier cleared the danger. 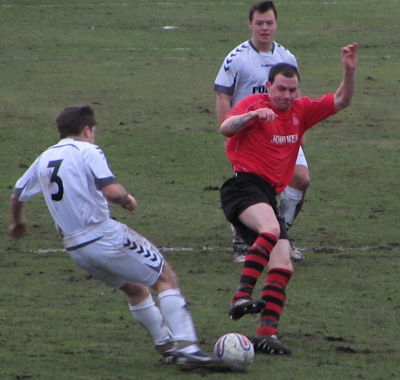 Lewis McKinlay then fed Kenny Wright just inside the box but again the visiting keeper was equal to the shot and turned it away at the expense of another corner. The resultant corner kick from Chris McGroarty was met by Bryan Felvus at the back post but his header was high over the target. Chic Clark was then called into action, firstly rushing from his box to clear from the onrushing ‘Bole number 10 before getting down well to his left to make an excellent save from a rasping shot by the visitors number 6. 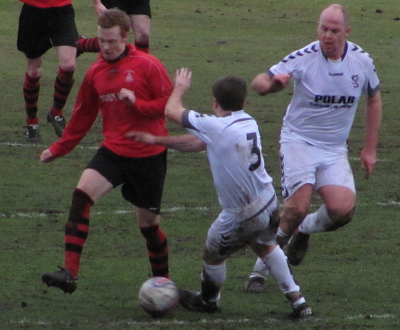 A goal looked to be coming and it duly arrived for the Wanderers on 33 minutes. Kenny Wright was fouled on the left hand edge of the box and BRYAN FELVUS stepped up to unleash an unstoppable shot high to the keepers right from 20 yards. Maybole certainly weren’t out of the game and just before the interval a dangerous cross from the right took out keeper Clark but Gibson was unable to finish at the back post under pressure from the Forth defence. The Wanderers therefore took their slender advantage in at the break. 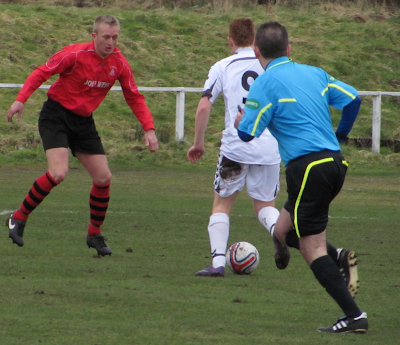 Forth began the second half brightly and a dangerous Kenny Wright cross from the left almost produced an own goal, with the defender happy to see his clearance flash wide for a corner. David Grant headed over from the resultant corner kick. The Wanderers were not to be denied though and increased their lead on 54 minutes. Bryan Felvus beat the offside trap and fed Kenny Wright on the right and his cross was volleyed home by GORDON MURPHY from 10 yards. Forth were now dominating and clearly looking to put the tie to bed and the visiting keeper denied both Felvus and Murphy in quick succession. 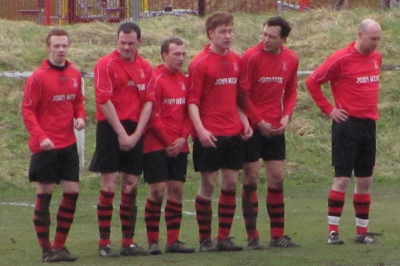 Credit to Maybole though, rather than let their heads go down they contrived to have their best spell of the match. They won several free kicks in and around the Wanderers box and only a combination of good goalkeeping, resolute defending and poor finishing kept the home goal intact. Forth then had the opportunity to kill off the tie in the 80th minute, when Tony Traynor was bundled over in the box for a clear penalty. Kenny Wright stepped up and blasted the ball high to the keepers right but the ‘Bole stopper made an excellent save. The fine save was marred somewhat by the stoppers reaction to Kenny Wright and he was duly booked for his trouble. Tony Traynor had a couple of chances which he put wide as did Kenny Govan as the Wanderers finished on the front foot.

Another fine team performance, with everyone in a red shirt playing their part as the Wanderers march through to a 3rd round meeting with St. Roch’s at Provanmill Park. Happy days at Kingshill Park for the ever increasing Wanderers support.