A Kris Jarvie hat-trick and a single from Chris McGroarty gave the Wanderers a comfortable victory over Newmains at Kingshill Park yesterday. 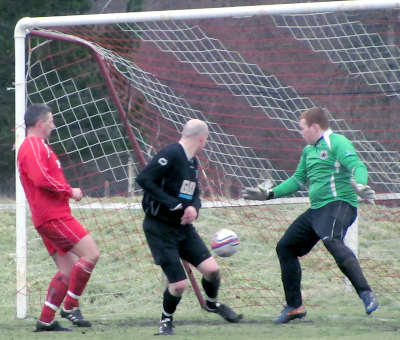 On a testing pitch, Forth took the early initiative with Chris McGroarty having a shot saved by the keeper and a promising Kenny Wright run was ended by a great block from a Newmains defender. Wright was then brought down on the left by the Newmains number 6 who was booked for his trouble. From the resulting free kick, Chris McGroarty floated in a good ball which was missed by everyone and rolled harmlessly out. A Forth goal looked to be coming and after 15 minutes it duly arrived. Wright beat the Newmains offside trap on the right and supplied a perfect cross for Kris Jarvie to stroke home. 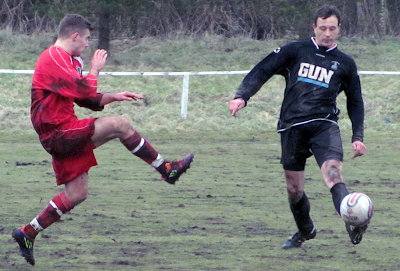 Newmains hadn’t been seen much of as an attacking force, but on a rare foray forward it took a good block by Lewis McKinlay to stop a goalbound effort and Clark then easily saved a 20 yard effort. Chris McGroarty then broke through and appeared to be felled right on the edge of the box. However, rather than giving a free kick or penalty, the referee booked McGroarty for diving.

Forth continued to try and play football on the difficult surface and an excellent passing move ended with Kenny Wright shooting wide. Jarvie then sent a diving header wide from a Wright cross before Tony Traynor sliced a volley wide. Just when it looked as though Forth would have to be content with a slender one goal lead at half time, a fine move involving Wright,Murphy and McGroarty ended with Kris Jarvie turning the ball home from close range to make it 2-0. 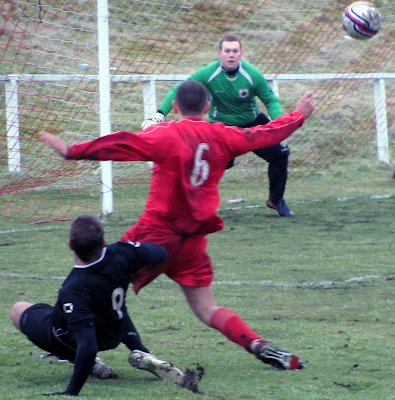 The second half started with Forth again on the front foot and Tony Traynor headed over from another Wright cross. Jarvie then threaded a through ball past the static Newmains defence but although Wright was offside quick thinking by Jarvie allowed him to run onto his own ball as the defence hesitated. He continued into the box before squaring to Chris McGroarty for an easy finish. It was all Forth now and more goals looked to be in the offing. Substitute Bryan Felvus appeared to be impeded in the box but the referee waved play on before the same player just failed to connect with an excellent Paul Gemmell cross at the back post. McGroarty was then fouled on the edge of the box but Jarvie fired the resultant free kick straight at the keeper. 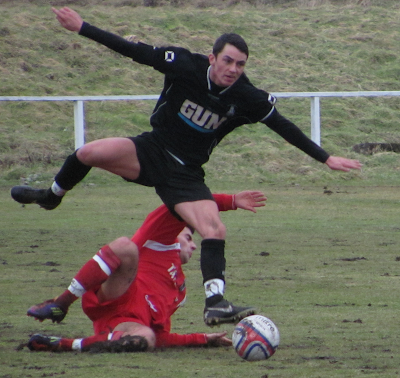 The fourth Wanderers goal came from the penalty spot after the Newmains keeper was adjudged to have fouled Kris Jarvie in the box. Jarvie dusted himself down before expertly dispatching the penalty, sending the keeper the wrong way and completing his hat-trick. Forth were laying siege to the Newmains goal now and chances were coming thick and fast. Gemmell had a shot deflected over while substitutes Govan and Harty had shots saved and blocked respectively. The Newmains keeper then saved a Felvus shot with his legs at the expense of a corner before another excellent move involving McGroarty and Felvus ended with Harty shooting over from a good position. Felvus then had a shot blocked after a great run by Govan before Grant fired a free header straight at the keeper. Newmains had rarely been seen as an attacking force but out of nowhere they pulled a goal back after a superb individual run and shot by their number 3. Forth had one final chance when Marc Napier won the ball in midfield and charged forward, winning the break of the ball in a couple of challenges before firing over the bar. 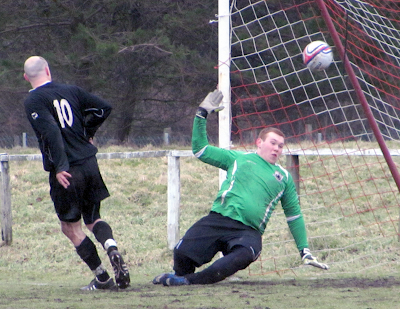 Overall, a good three points on a difficult pitch although had the Wanderers converted more of their numerous chances we could have been looking at a greater scoreline. Another home match next week against Royal Albert, who will be on a high after an excellent 4-2 victory at Maryhill yesterday. 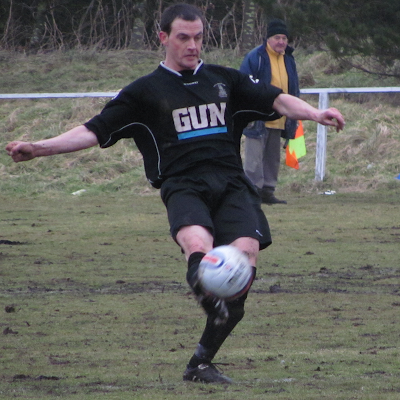