Forth achieved promotion yesterday with a scoreless draw against Johnstone Burgh at Keanie Park. The home side shaded the first half but the second half was all Wanderers and several chances were spurned including a penalty miss from the normally reliable Kris Jarvie.

The celebrations at full time were non-existent, a telling reflection of the winning mentality manager Jamie McKenzie has instilled in the squad.

However, credit must be paid to Jamie, Paul McKinlay and Martin Harty and the 19 players in our squad for giving us a season to remember – take a bow every single one of you. 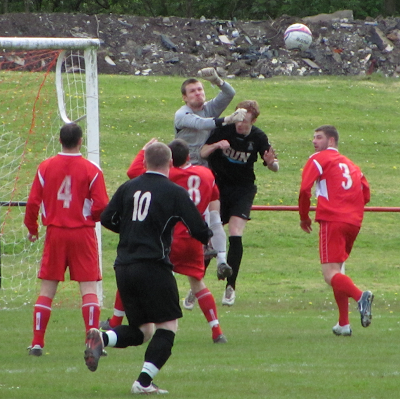 After a tentative start from both sides, perhaps understandable with what was at stake, Forth created the first real chance after 7 minutes. A Gordon Murphy cross from the left found Bryan Felvus who coolly lobbed the keeper and hit the net only to be adjudged offside. Burgh came roaring back and won a free kick 25 yards out but their number 2 blasted the kick over. After 14 minutes a great three man move involving Harty, Murphy and Felvus ended with a Murphy cross eluding the keeper but with no Forth player there to take advantage. 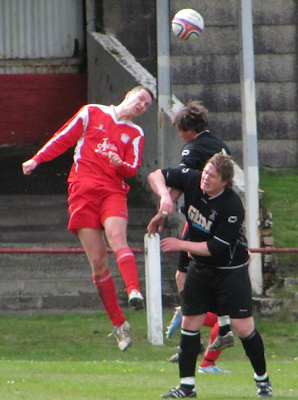 Burgh then began to have the better of the exchanges and an excellent cross from the right found no takers before their number 11 shot narrowly wide. The Wanderers had a couple of opportunities during this period, firstly when a McGroarty corner was headed on by Felvus to Jarvie who fired an overhead kick over the bar. Just after this, some great distribution by keeper Clark sent Tony Traynor scampering down the right wing and his pinpoint cross was headed into the net by Kris Jarvie but again the whistler blew for offside. 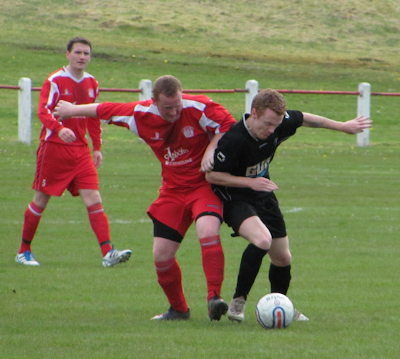 The Burgh number 10, who was prominent throughout, then broke through from a suspiciously offside position and only a well-timed block by Lewis McKinlay stopped him getting his shot away. From the resultant corner, the ball was cleared to the edge of the box and Clark got down well to save the subsequent shot. Another Burgh attack was thwarted by an excellent Marc Napier tackle before Forth keeper Clark produced another wonderful save down to his left from a powerful deflected shot from the edge of the box. 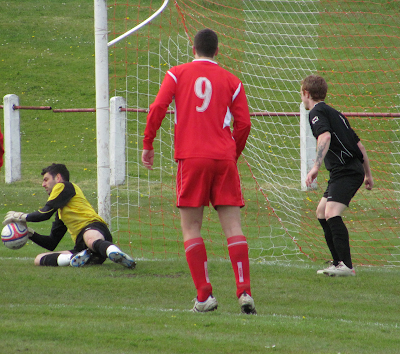 Forth were never out the game and the Burgh keeper had to look lively to save firstly from a Felvus overhead kick and then a McGroarty shot around the half hour mark. Burgh had an great opportunity to open the scoring on 39 minutes when tenacious play from their number 10 allowed him to break through the Forth defence but he shot against the outside of the post when he should really have hit the target. Half time arrived with Burgh perhaps just shading a fairly even half. 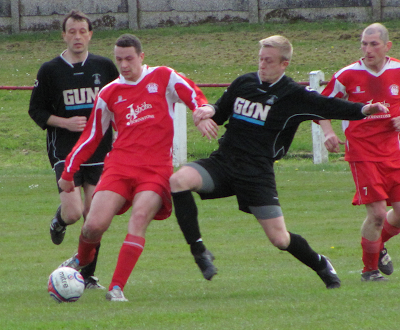 The first chance of the second half again fell to the Burgh number 10, but his diving header was just wide of the post. After this however, Forth took control of the match and created several good opportunities.

A 25 yard screamer from Gordon Murphy produced a tremendous save from the home keeper before Kris Jarvie shot narrowly wide. Murphy then fired over after a neat cutback before he played a one two with Barry Canning which sent the latter clear but the keeper rushed from his line to make an important block. On 64 minutes, a surging run from Marc Napier was brought to a halt but the ball broke to Tony Traynor whose cross was adjudged to have been handled by a Burgh defender and a penalty awarded. Kris Jarvie stepped up and sent the keeper the wrong way but also the ball the wrong side of the post. 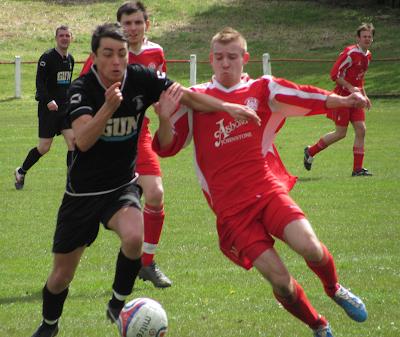 It looked like it wasn’t to be Forth’s day and a McGroarty shot which went narrowly wide and a Felvus header which hit the top of the bar seemed to confirm this. Still the Wanderers piled forward at every opportunity and a surging Tony Traynor run ended with his attempted lob sailing over the bar when perhaps he should’ve played in one of his colleagues. Gordon Murphy then connected perfectly with a Napier cross to send a powerful header into the top corner but again the home keeper was equal to it and turned it away for a corner. 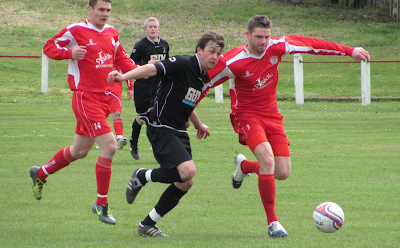 The Burgh keeper then did well to hold a Felvus shot before a McGroarty effort finally had him beaten only to roll agonisingly past the post. As Forth pushed further and further forward the Burgh created a couple of chances in the final minutes but it would’ve been a travesty had either gone in. In the final seconds Forth were again in the Burgh box but the ball wouldn’t fall for Chris McGroarty and was cleared just as the whistle sounded.

One of those days for the Wanderers who produced an excellent second half performance but just couldn’t get the ball in the net. 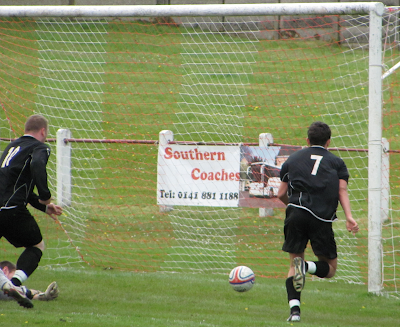 As a footnote, everyone at Forth Wanderers would like to wish President Jim Boyd a speedy recovery after his recent accident.