Forth won comfortably this afternoon at a wet Wishaw Sports Centre, with Kenny Wright helping himself to the first 5 goals and Craig Crawford and Tony Traynor completing the scoring. 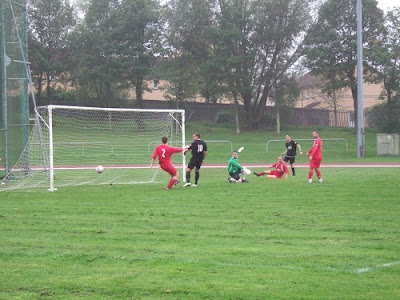 The Wanderers started the game brightly and Kenny Wright forced the Newmains keeper into a smart save within 5 minutes at the expense of a corner. The same player couldn’t quite connect properly with a Gordon Murphy cross two minutes later. Chris McGroarty was next to have a pop, shooting wide on 13 minutes. It was no surprise when Forth took the lead a minute later when Kenny Wright latched on to a great through ball from Chris McGroarty and smartly despatched a shot past the keeper. A minute or so later that man Wright made it 2-0 with another clinical finish and at this stage the Newmains defence had no answer to his pace and movement.

On 20 minutes Kenny Wright was almost through for his hat-trick but the ball just evaded him. Newmains hadn’t shown a great deal up to this point, with the odd sporadic counter but pulled a goal back when Michael Duddy took advantage of a rare defensive lapse to score. Undettered by this setback Forth continued to press and Kenny Wright notched his hat-trick on 25 with another trademark clinical finish. Bryan Felvus set this one up, winning the ball tenaciously in midfield and setting up Wright with a perfect through ball. Felvus then narrowly failed to connect with a McGroarty cross as Forth threatened to run riot. 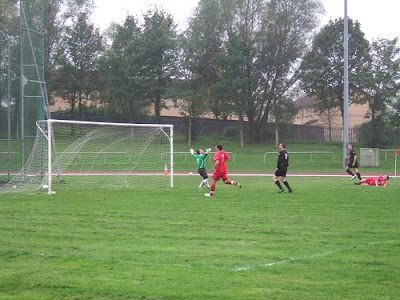 Newmains weren’t completely out of the game though and only a tremendous block from Gemmell and a superb save from Clark kept them at bay on 35. From the resulting corner Clark was forced into another fine save. At the other end the Newmains keeper, who played well despite losing seven, made two excellent blocks from Bryan Felvus. On 39 minutes the Newmains number 4 was shown a second yellow for scything down Wright on the edge of the box. Forth made it 4-1 five minutes from the interval when Tony Traynor hit the bye-line and delivered a perfect cut-back for Wright who lost his marker and slotted home. 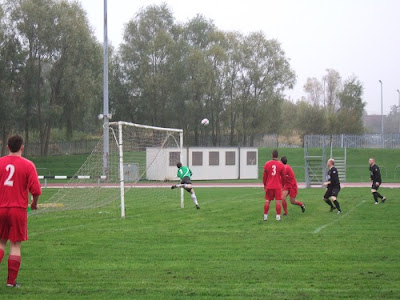 The second half began as the first finished with Forth on the offensive and it was no surprise when that man Wright popped in his fifth on 49 minutes. Craig Crawford replaced Chris McGroarty and soon after the Newmains defence breathed an audible sigh of relief when their tormentor-in-chief Kenny Wright was replaced by Kris Jarvie who soon forced the keeper into another fine save from a header. On 62, Martin Harty hit the post and the keeper again saved from the rebound. The Newmains number 2 was sent off at this juncture presumably for something he said to the referee. 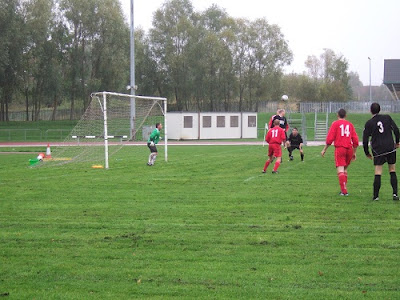 Tony Traynor then had a great individual run on goal at the end of which he seemed to be impeded but the refreee was having none of it. Crawford then had a shot saved and Traynor flashed a header narrowly past as Forth made their numerical superiority count. Glenn Weir then replaced Chic Clark in the Wanderers goal. The sixth goal finally arrived on 77 when Craig Crawford rifled a shot into the net and then the Newmains keeper saved well from a Martin Harty shot. A rare Newmains attack resulted in a fine save from Glenn Weir before Tony Traynor completed the scoring with a fine header from a pinpoint Gordon Murphy cross.

Overall, another professional performance from the Wanderers and the goals keep coming although, perhaps understandably, it became rather flat for a time in the second half with the game already won. Still, it’s a pleasure to watch the Forth these days and long may that continue.

Finally, a special request for a Mrs Smith of Forth, your very own pin-up ! 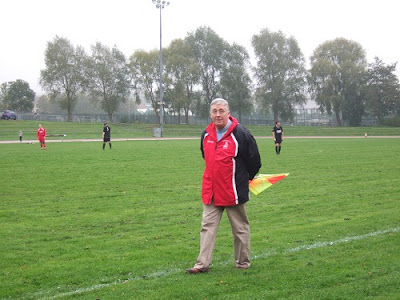