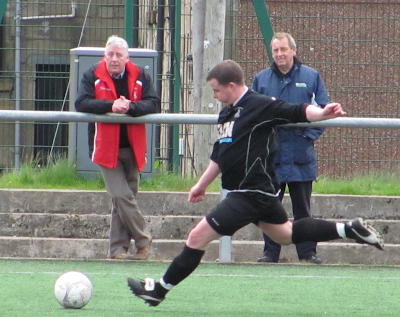 Forth started the game brightly and Tony Traynor blasted over in the first minute after a good passing move. The same player went even closer on 3 minutes when he rattled the home keepers left hand post. Rossvale had their first chance on 4 minutes when a cross was headed over but the Wanderers were dominating the early exchanges and Traynor went close again when he forced the keeper into a decent save on 9 minutes.

The opening goal was merely delayed however as Forth scored from their next attack. Kenny Wright scampered down the left wing and his pinpoint cross found the head of KRIS JARVIE who made no mistake from 8 yards. 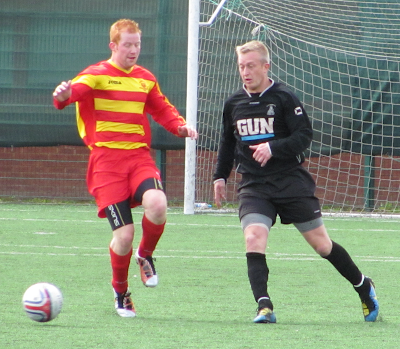 Just the start the Wanderers were looking for, although as the half wore on Rossvale were more prominent and created a few half chances, none of which found the target. Forth, with manager Jamie McKenzie dictating the play from midfield, were looking for a second goal to give them some breathing space and came close on 42 minutes. Kenny Wright beat the offside trap and raced in on goal but the ‘Vale keeper blocked the strikers shot with his legs and Kris Jarvie fired the rebound wide to keep the score 1-0 at half time. 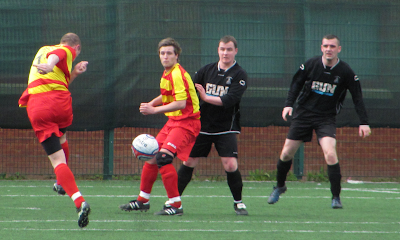 Forth came flying out of the blocks in the second half and had effectively wrapped up the points after 51 minutes with two quick goals. Firstly JAMIE McKENZIE smashed home a 30 yard free kick just after the restart which gave the keeper no chance and then TONY TRAYNOR latched on to a fine through ball and coolly slotted home from 10 yards. 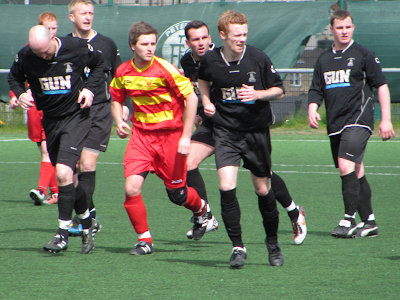 Chic Clark was called into action as Rossvale looked for a way back into the game but was equal to whatever the home side threw at him. Forth created another couple of chances as the second half progressed, Kenny Wright being unlucky not to score before Wright was given a straight red card for swearing at the referee. Now down to 10 men, Forth were content to see the game out which they did to record a comfortable victory. 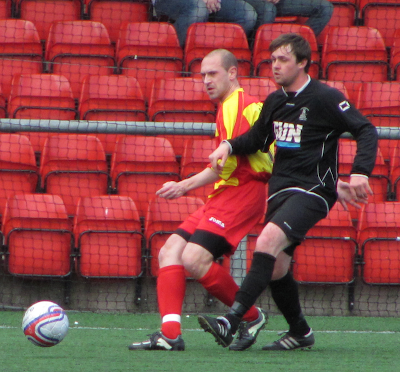 Now it’s on to Keanie Park next Saturday to face Johnstone Burgh, knowing a victory will guarantee promotion.