A late Kris Jarvie goal edged a tough encounter with Royal Albert at Gasworks Park today. The Albert had their chances however and will be disappointed not to take something from the game. 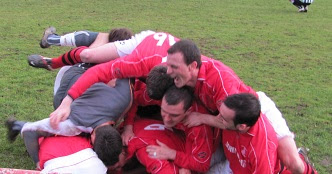 Forth were without Chris McGroarty and Bryan Felvus, with Martin Harty and Kris Jarvie deputising.

Kenny Wright had a couple of early chances for the Wanderers but slipped the ball past the post on both occasions, the second after a perfect pass from Gordon Murphy. Royal Albert then created several chances as the half wore on but a combination of poor finishing and stout defending kept the scoreline blank. The Albert also had a squeak for a penalty but the player went down in instalments and was booked for his efforts. As half time approached, Kris Jarvie just failed to connect with a Kenny Wright cross and then the same player flashed a header over from a pinpoint Barry Canning cross. 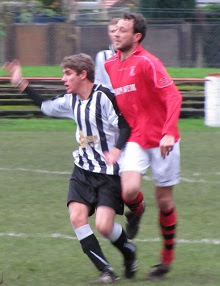 Royal Albert started the second half in determined fashion and soon forced Forth keeper Chic Clark into a fine save and only a great block from Gordon Murphy stopped them from going in front minutes later. As the game wore on though Forth began to assert themselves and Kenny Wright broke through and forced the keeper into an excellent save at the expense of a corner. The Albert continued to press however and only a mis-kick in front of goal allowed keeper Clark to gather. Forth were beginning to create chances now and the Albert keeper, who had an excellent game throughout, saved well from Kris Jarvie and then comfortably held a cheeky chip from Kenny Wright. Another fantastic save from a Chris Newall shot suggested he was going to remain unbeaten but the ball broke back out and was centered for Kris Jarvie to send a looping header into the net. Cue wild Forth celebrations culminating in a pile on on top of the unfortunate Jarvie !  Forth played out the remaining couple of minutes to record a third consecutive away victory. 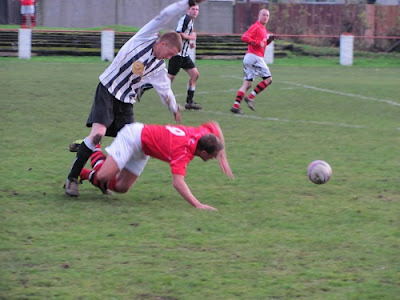 Overall, a great victory over a decent Albert side who will take points off other teams. I’d rather have the points in the bag than the games in hand, that’s for sure.Forth team : Clark,Napier,Gemmell (Traynor),Grant,McKinlay (Newall),Stevenson,Canning,Harty,Wright (Mathers),Jarvie,Murphy