The Wanderers began their league campaign with a narrow defeat to St Roch’s at sunny Provanmill Park yesterday. 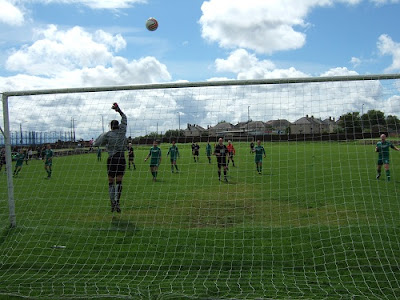 Forth will be disappointed not to have taken something from a game they should really have won. However, a combination of poor finishing and defensive lapses meant the points stayed in Glasgow.

Chris Newall was drafted into the team in place of Craig Napier at right back, in order to combat the height of the Roch’s lineup and Paul Gemmell returned at left back.

Forth started brightly and took the game to their hosts although the home keeper was rarely troubled. When he was beaten by a vicious strike from Chris McGroarty his right hand post came to his rescue. The ‘Candy Rock’ forced their way back into the game as the half progressed and their tall number 9 scored the opener in the 37th minute.

Forth continued to press in the second half and got their rewards when a shot come cross by Gordon Murphy was fumbled by the Roch’s keeper and ended in the back of the net on 75 minutes. Rather than go on and win the game, the Wanderers lost the winner in the 83rd minute when a Roch’s substitute scored. Despite pushing everyone forward the equaliser just wouldn’t come.

A disappointment then although it was a good day out with Provanmill Park being a friendly sort of place. 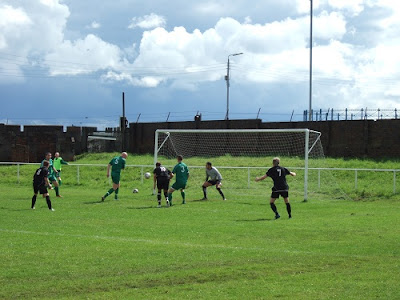