A Kenny Wright double and goals from Gordon Murphy and Kenny Govan gave the Wanderers a deserved victory at the Beltane this afternoon, although the scoreline was perhaps a little harsh on Wishaw. 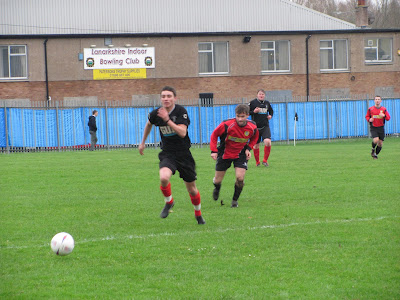 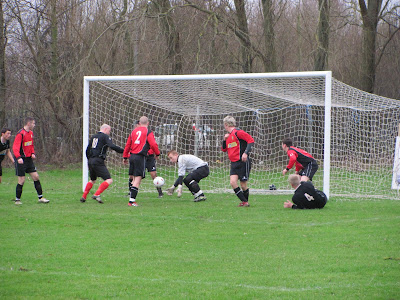 Kenny Wright then fired a shot past the post as the Wanderers began to dominate and it was no surprise when Forth took the lead with a superbly executed goal courtesy of Gordon Murphy. A Chris Newall cross fell to Murphy in the box and his perfectly flighted chip shot with the outside of his boot gave the keeper no chance. Tony Traynor then broke through and was felled, not for the last time in the game, around 25 yards out. The Wishaw keeper could only parry Chris McGroarty’s free kick and Kenny Wright was there to snap up the rebound and put the Wanderers two up. Gordon Murphy then had a good run but his final shot missed the target. Then, on the stroke of half-time, Kenny Wright picked up the ball on the right,moved inside, and curled a superb shot past the helpless keeper. 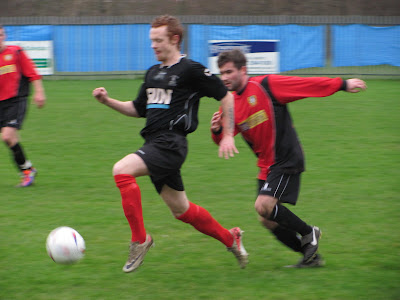 Wishaw came out fighting in the second half and created several chances, including a header from a free kick which was glanced wide and their best chance saw a forward through on the keeper but although he slid the ball past keeper Clark it also slid past the post. Forth threatened sporadically, Craig Crawford hitting a shot straight at the keeper and Gordon Murphy going close with a delightful chip. However, it was the Forth who completed the scoring through Kenny Govan. Tony Traynor won a debatable free kick, Gordon Murphy put it on target and once again the keeper couldn’t hold it and Kenny Govan opened his Forth account by slotting home the rebound. Wishaw kept plugging away but were unable to get  the goal their play probably merited. 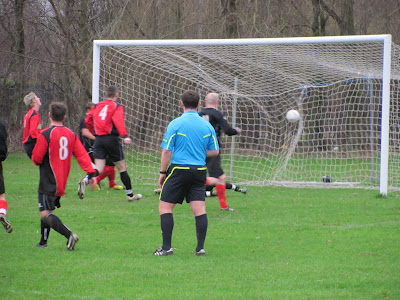 Overall, a great result for the Wanderers, if not a sparkling performance. Still, 4 goals and a clean sheet are not to be sniffed at, especially in light of some other results in the division.